Angry Birds 2 is a game made and published by Rovio Entertainment,

The Game itself was an adoption of the angry birds game with its famous characters like red, matilda and bomb and many other birds, the game itself has several options to play as like the normal level gameplay as like the normal angry birds game has but in here there are also the Arena, Daily Challenge, Clans, Tower of Fortune, Mighty Eagle Bootcamp.

The game is a puzzle by of course hit the structures of where every piggy is set, with the cards you got. You can earn new cards when the status bar is full with the points you scored and even sometimes you get a spell card.

With those levels, you can earn spells, apples, and coins.

Unfortunately, the game itself is somewhat of the same and levels repeat themselves now and then, there are no difficulty settings and of course lots of microtransactions.

It is a fun game as the animations are better than angry birds friends or any of the previous games.

Game Info:CastGame Gallery:Game Video:
Builddate: 2015
Publisher: Rovio Entertainment
Multiplayer: No, But has a leaderboard for the daily mighty eagle bootcamp and a clan leaderboard
Music By:

Extra Characters (can be earnend when getting keys to unlock their cages): 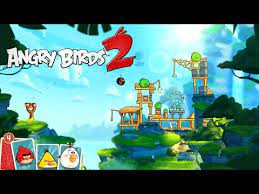 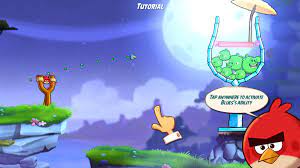 Login with your Social ID

We use cookies on our website to give you the most relevant experience by remembering your preferences and repeat visits. By clicking “Accept”, you consent to the use of ALL the cookies.
Do not sell my personal information.
Cookie settingsACCEPT
Manage consent

This website uses cookies to improve your experience while you navigate through the website. Out of these, the cookies that are categorized as necessary are stored on your browser as they are essential for the working of basic functionalities of the website. We also use third-party cookies that help us analyze and understand how you use this website. These cookies will be stored in your browser only with your consent. You also have the option to opt-out of these cookies. But opting out of some of these cookies may affect your browsing experience.
Necessary Always Enabled
Necessary cookies are absolutely essential for the website to function properly. This category only includes cookies that ensures basic functionalities and security features of the website. These cookies do not store any personal information.
Non-necessary
Any cookies that may not be particularly necessary for the website to function and is used specifically to collect user personal data via analytics, ads, other embedded contents are termed as non-necessary cookies. It is mandatory to procure user consent prior to running these cookies on your website.
SAVE & ACCEPT